Professional Resources for Your Art Practice 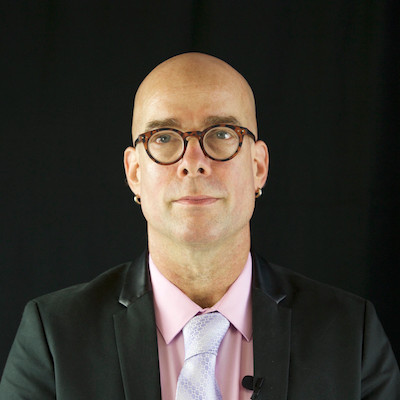 If you detect a note of angst in the title here, that just means you can read, but it also points to something larger. (It is a comment I read on Twitter recently)

There is, without a doubt, a thread of anger that weaves through the art world and taps the shoulders of many in a number of ways. Whether you suffer from frustration at the difficulty faced in trying to earn a living doing what you love in a world obsessed with cheap and disposable goods, or you feel as though you are pouring your heart and soul out for an audience that would rather watch television, there are so many ways artists can fall into the trap of anger. While it may be easier said than done to simply let go of anger, learning to work through it and live alongside it (and of course eventually move beyond it) can help you to expand not just your own emotional landscape, it can even inform your work as an artist.

Our society is absolutely rife with consumerism. One could easily argue that it is even defined by it. Everywhere you turn there is something to buy. Our possessions are not meant to last, they are designed to be replaced quickly. This system creates waste, destroys the planet, and can very quickly leave us feeling quite hollow. Art is the very antithesis of this cheap consumerism and sometimes speaks directly to or against this very philosophy. Many artists use the chasm of a consumer economy as a launch pad for their work. This can be cathartic and, in the right context, can help inform a broader audience of the constant barrage of commercialism we face every day.

But what if your audience simply doesn’t get it? Sometimes it can feel like you are shouting in a room full of the deaf. It is easy to choose the path of consumer dogma, to buy into the promise of happiness from more stuff, better stuff, new stuff. Art has no immediate payoff for many, it can be difficult to understand, and you can’t drive it down the street to make the neighbors jealous. For this reason it is easy, as an artist, to become fed up with what seems like a useless battle. Constantly reaching deep and presenting your innermost self to a thankless crowd can wear on a person for the most obvious reasons. Much like in many fields that seek to change the world, it is necessary to come to art with a relatively thick skin. In the fields of politics and activism the same is true. The message may be critical to the human species, but it may take many attempts to get through. This is never a reason to give up. Nothing great ever came of giving up. And few great things ever happen on the first try.

There is, and has been, an image of the artist as a perpetually angry soul and for some, this may be the case. Living and working in a culture that seems not only to fail to appreciate what you do, but often seems to be actively working against you can be incredibly difficult. The arts are constantly being defunded and undervalued, schools cut art programs before anything else, and secure, lucrative jobs for artists are difficult to come by unless one is willing to step across to consumerist industries. It is easy to feel like the whole world is the enemy.

So what do we do with these feelings? Surely it is exhausting to live in a state of constant outrage. As artists, part of what we do is use our work to process what is happening in and around us. Maybe your art doesn’t automatically lend itself to a series of work that clearly expresses your anger at the circumstances of our times, but there isn’t any reason you can’t incorporate this somehow. Explore your anger, don’t be afraid to look at it, touch it, pick it up and shake it. One of the first ways to begin to process something is to understand it. Ask yourself very honest questions, journal about it, just don’t let it freeze your creativity.

Another source of ire for many artists is the seemingly impenetrable fortress of the art world. We have offered blogs about this in the past owning up to the fact that, indeed, the art world is in many respects about who you know. The simple truth is that the whole world works this way. There isn’t a single field in which it can be said that networking doesn’t account for quite a lot of individual movement within the span of a career. It is important to remember this. It’s easy for us as artists to forget that, although there are some definite departures in our field as compared to many others, there are also similarities. We mustn’t let ourselves become false martyrs. To believe that we have a special claim on anger is to isolate ourselves. In every field there is some kind of strife. The financial world took the most brutal hit imaginable in 2008 at the hands of irresponsible government. Families lost everything because a few at the top behaved like greedy children. But there wasn’t the option to come to a standstill when the ground gave out beneath their feet. The very same is true in the art world. Just because you face an uphill struggle, this is not a reason to freeze up. Take the struggle and the feelings it creates and use them as fuel to fight on.

Sign up for blog updates and free resources for artists

This Blog is from the online school designed to build artists careers. Check out the latest promotional package of nine courses including how to get exhibited at a gallery, with personal feedback on your website, social media, letters and communications, and more - for as little as $40 - Click here to learn more.